Someone has discovered Final Fantasy VII Remake Xbox One version mentioned alongside PS4 in an advertising banner spotted in a Japanese store.

Final Fantasy VII Remake was always announced as a timed exclusive to PS4. It was revealed again with a release date for the PS4 earlier this year. Square Enix followed it up with more details at E3 2019. They have revealed a lot of information for the game so far including explaining how long the first part will last, details on the various special editions, and shared more gameplay footage. The game has a demo confirmed to be playable at the upcoming Gamescom. 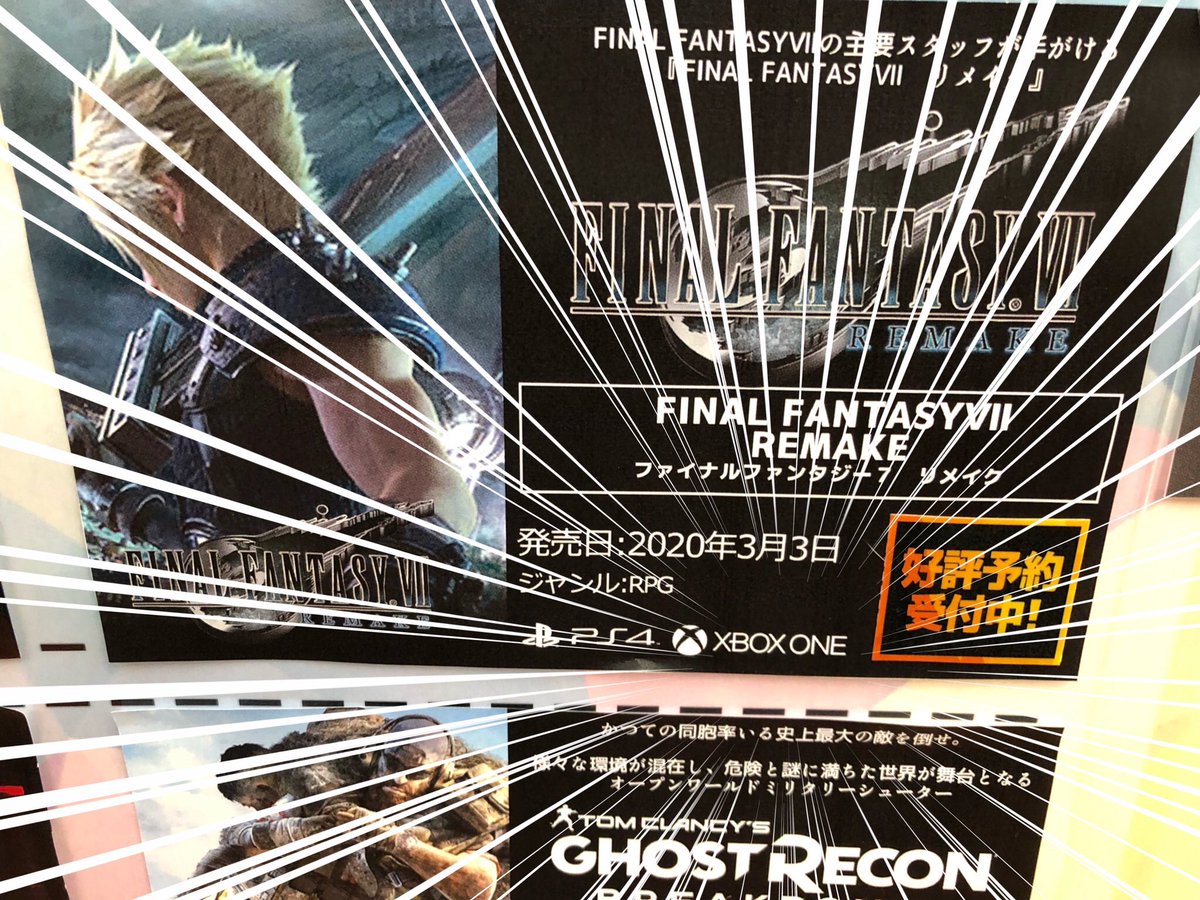 This banner was discovered by a user who shared it on twitter. It shows Final Fantasy VII Remake listed for both PS4 and Xbox One along with a March 3, 2020, release date. This date was confirmed for the PS4 but the addition of Xbox One is a surprise one. It is possible that this is a mistake from the store.

This is not the first time the game has been listed for the Xbox One. In the past, this has happened with the official Xbox social media page which confirmed that it was a mistake. Retailers also continue to put the game up for Xbox One but Square Enix has stated that they have no intentions to release it on another platform for now.